As it became more popular, more people began to use it, and most doctors prescribe it. On the other hand, do you know where it came from? Like many other drugs, it was intended for other purposes before it became popular for its current use.

In the early 1950s, the Upjohn Company developed Minoxidil with the hopes of treating ulcers. After several tests were done, they discovered that Minoxidil was not effectively treating or curing ulcers. Instead, clinical trials proved it was a vasodilator that opens blood vessels and permits blood to flow more freely.

Then in the late 1970s, the FDA authorized this compound to be distributed as Loniten in the form of oral pills. Since then, Loniten has become the preferred treatment for patients suffering from high blood pressure.

Through various tests and research, it was discovered that Loniten had a rare side effect, which is additional hair growth. This time, however, it was happening in strange places: on their cheeks, back of the hands, and the forehead.

It was then that a new patent of the drug was granted, which eventually led the FDA to approve the drug to be sold via prescription as Rogaine in 1988. It was primarily used as a topical solution for hair loss in men. In 1991, a formula of minoxidil was produced for women. And, in 1996 Rogaine received approval to be sold as an over-the-counter (OTC) drug. Today, Rogaine is widely known and is well accepted as an OTC drug to treat hair loss problems.

Now, you might be asking, is Rogaine as effective as Propecia? If so, what differentiates it? Let our experts help you find out more about minoxidil, how it works, the approved dosage, and its known side effects. 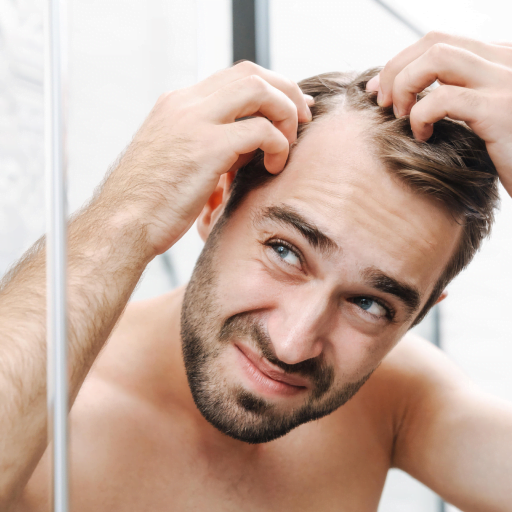 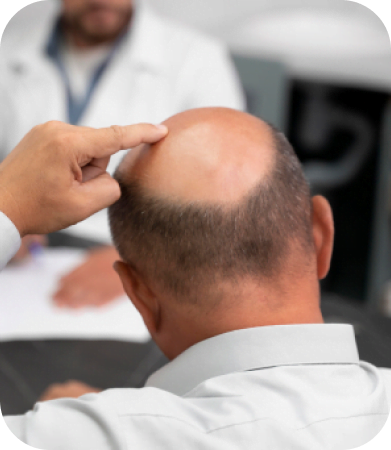 Rogaine (minoxidil, in its generic form) is a proven medication for hair regrowth and slowing down hair loss. It is the most widely available treatment for male pattern baldness and is the first treatment option for hair loss since it can be purchased over the counter.

Doctors use minoxidil as part of the treatment for male pattern baldness, or in cases where there is not a substantial amount of hair growth on the scalp using finasteride. While some patients respond appropriately with the use of minoxidil, finasteride is seen as the highly effective non-surgical option for a lot of men.

Before trying minoxidil, be sure to speak with your doctor, as your personal or family history may change the probability of possible side effects, especially if you have cardiac issues.

If you are losing hair at a rate which is higher than normal for you, perhaps you have already heard of minoxidil, or Rogaine, the popular name for this hair regrowth medication.

You can purchase this popular hair loss treatment as an over-the-counter (OTC) drug in a liquid or foam. It’s available under multiple brand names unique to each store that sells it, like Equate (now privately owned by Walmart), Kirkland (Costco), or Well at Walgreens.

Rogaine works for certain types of baldness and only by continued use. However, you probably will not grow back all the hair you have lost.

Rogaine is classified as an antihypertensive drug…..

Vasodilators work by opening, or dilating…..

While topical minoxidil is used to deal with hair…..

These days, topical minoxidil can be found on…..

Rogaine is classified as an antihypertensive drug, or a vasodilator, that opens blood vessels and allows blood to flow easily. Although its original intended purpose is to treat hypertension (it’s still widely used for this purpose), it is most often associated with hair regrowth (a favorable side effect of this oral medication).

The exact mechanism of action for minoxidil (the active ingredient) is not clear. However, it’s believed to work by partially expanding hair follicles by opening up blood vessels and allowing extra blood flow through the hair follicles for them to function more efficiently, thus producing more hair. It might be the reason some people taking oral minoxidil experience hair growth in unwanted parts of the body.

These days, topical minoxidil can be found on shelves in both 2% and 5% formulations, available in both liquid (scalp drops) and foam solutions. If you’re using the liquid solution, you can apply 1 milligram of minoxidil to your scalp twice daily (no more than 2 milliliters per day), and a half-capful twice a day if you’re using the foam solution.

How to Use Minoxidil for Hair Loss

Make sure to clean and dry your scalp before applying minoxidil. You may apply this product to damp hair, but make sure your scalp is dry.

To use the liquid solution, fill up the applicator with 1 milliliter of minoxidil, or just place 20 drops using an eyedropper. Remember to part your hair in the area of thinning to expose it and apply the liquid solution evenly to the affected area of the scalp. Gently rub it in until it is completely absorbed. Be sure that the solution dries thoroughly before using other styling products (gels or mousse) or before going to bed.

On the other hand, to use the foam solution, follow the same procedure but with a different dosage. Apply about half a capful of foam to the scalp and gently rub it in. Similar to the liquid solution, allow the foam to dry completely before going to bed or adding any product to your hair for styling.

Remember to wash your hands thoroughly after application, whether you are using the liquid or foam solution. Avoid the medication from getting into your eyes. When this happens, rinse off with large amounts of cool water.

Do not use minoxidil on damaged skin (cuts, scrapes, or burns including sunburn). When this happens, too much drug will be absorbed in your body and may result in serious side effects. If you have damaged skin, allow the scalp to repair itself and wait for the skin to get back to normal before using minoxidil treatments.

To get significant results, you have to use this medication consistently for four to six months. If your condition worsens or you don’t see any improvement after six months to one year, your doctor may recommend using finasteride or having hair transplants. 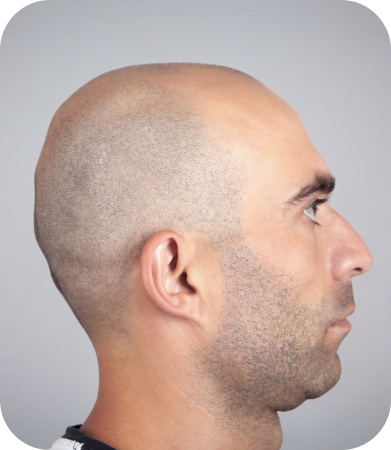 Talk to your doctor if you experience any allergic reaction to this medication. Minor side effects may occur at the application site like burning, stinging, or redness. However, they usually go away on their own without any treatment. Minoxidil can be absorbed through the skin and rarely causes serious side effects. If it does, stop using the medication and call your doctor immediately if you notice any symptoms including:

Are You Ready to Take the Next Step?

If you have already tried minoxidil and notice that it is not producing results for you, you may be searching for a more permanent solution for your hair loss. When you feel that you are ready to take the next step, call us and schedule an initial consultation.

A wide range of information is available on our website if you would like to know more about follicular unit extraction (FUE) and how it is different from the outdated “strip” procedure.

Check out our educational videos, take a sneak peek of our before-and-after photos, and take a look at reviews from our past clients who only have good things to say about our products and services.

Give us a call and let us discuss hair restoration and treatment options with you today!